Hello readers! I feel like I haven’t written up an official blog post in forever. I have been crazy busy with my sophomore year of school and as of now that is my top priority. However, this past week I attended Kansas City Fashion Week to cover my second season of media. For any new readers who don’t know my backstory, I modeled in nine consecutive seasons of KCFW and then realized that my passion was not walking the runway but instead watching from the crowd. Last season was my first time covering fashion week as a blogger and I am so thankful to have done my second one. 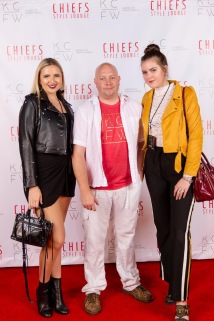 This season, I got to do something that I’ve never done before. I got the opportunity to style outfits to go down the runway! This night I styled five looks, all pulled from Dillards at the Oak Park Mall (KCFW’s sponsor) to be worn by the NFL Kansas City Chiefs cheerleaders. All of my pulled looks are below : photos by Jason Atherton of Atherton Photography.  (Facebook Page) 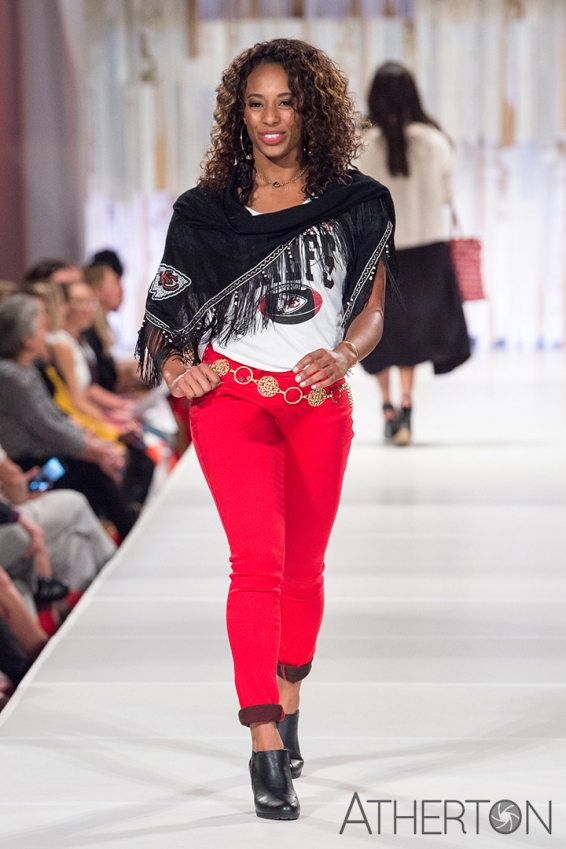 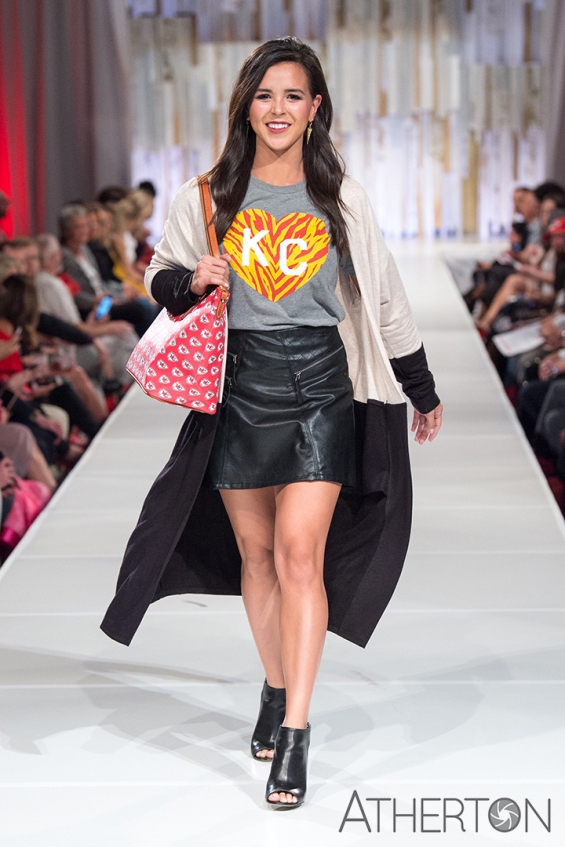 Since this night was KC Chiefs themed, I thought I would break out my team spirit and wear the team’s colors; red and yellow. I found this amazing biker moto jacket from Missguided and paired it with a lace top and some yellow striped track pants. At first this concept seemed strange but I think once it was all put together, I did it right.

***Stay tuned for the other two nights I attended. Blog posts will be up within the week.***